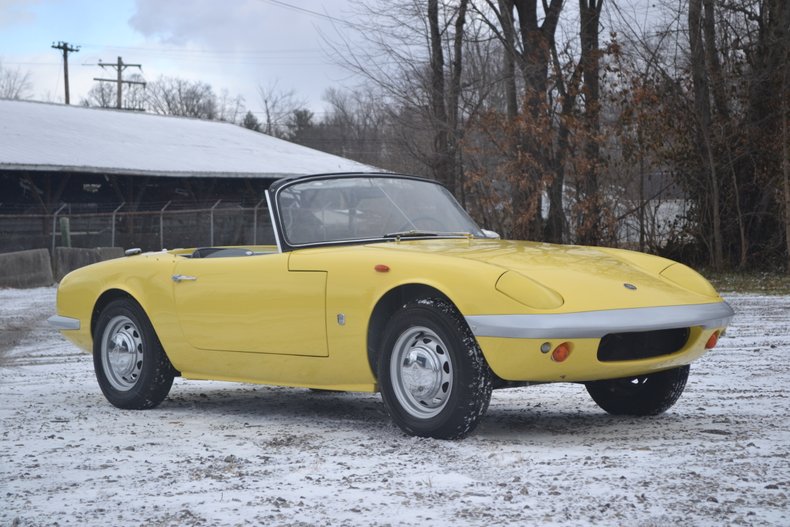 As denoted on this car's chassis plate, 26/4530 was an original North American Market/U.S. delivered car. It migrated to Canada in 1980, by which time it still wore its original brown paint scheme albeit in need of some attention as it entered its 3rd decade of existence. At this juncture, a comprehensive restoration was begun, and as the car was disassembled its owner worked with the most incredible attention to detail and design, taking copies notes and design drawings, and researching each aspect while maintaining receipts for many parts acquired. As time marched on it would actually be some 20 years before the beautifully restored rolling chassis and superbly painted body in Lotus yellow were re-united. But ultimately, owing to its owner's death, the car was not completed. 3 years ago the Elan and all the spares and parts passed into the hands of a close friend and near neighbor Tom Munro, a master engineer and top restoration specialist based in Victoria, Vancouver Island, who finished the project in 2015.

Close inspection of the car shows very fine attention to detail in both the fit and finish, the Lotus Yellow paint is immaculate with no evidence of the common GRP body issues. Equally, the underside is very clean and the suspension and brake components well detailed. The chrome has been expertly replated, the interior refurbished properly and to a very high standard and it comes the appealing accessory of an original factory hardtop, as well soft top and tonneau cover. As well as its cosmetics, the mechanical aspects are reported to have been rebuilt and a new stainless steel exhaust fitted. It could best be summarised as a true 'nut and bolt restoration'. Further, the factory hard top is rather more than a pretty weather accessory as when fitted it improves the aerodynamic punch through the air, gives faster acceleration and better fuel economy.