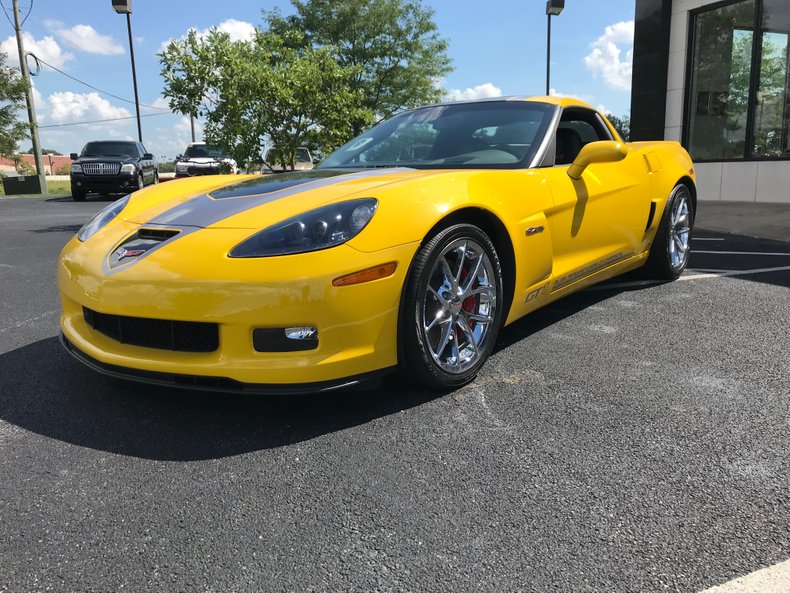 In 2009, Chevrolet celebrated its recent success in GT1 racing with the GT1 Championship Special Edition Corvette. And boy was their plenty to celebrate—Chevrolet had won the American Le Mans Series GT1 Manufacturers Championship for eight years running, was the 24 Hours of Le Mans GT1 Champion five times over, and had notched over 70 victories in the American Le Mans Series.

This Corvette is one of the 125 Championship Editions Corvettes built and one of only 55 Z06 examples. The Special Edition, option RPO GT1, included a raft of unique cosmetic touches such as C6.R livery inspired graphics, ZR1-style full width spoiler and chrome wheels, custom ebony leather interior with yellow stitching, GT1 embroidery on the seats, center console armrest, and instrument panel, special engine cover, and two unique color options—45U Velocity Yellow and 41U Black. This car is only of 38 Z06s finished in Velocity Yellow.

Delivered new to Roger Dabbs Chevrolet in Brandon, Mississippi in June of 2009, it was acquired by its first owner in Oklahoma at the end of July 2009. Since rolling off of the assembly line in Bowling Green, this 'Vette has covered a mere 15 miles—making it one of the lowest mileage C6s on the planet. Essentially a new car, it is a rare opportunity to acquire a factory fresh, Special Edition Corvette almost a decade after it left the dealership when new.